Yes, yes, I know. I’m late to the Mad Men party. A booze drenched party conducted in a haze of cigarette smoke, from the look of it. Consider me properly scolded. So, have I missed out on the greatest TV thing since sliced bread?

It’s hard to tell. The show is brilliantly put together, in terms of writing, acting, and visuals. But is that enough? The last time I came this late to a critically praised TV series it was with The Wire. By the end of its first season, I was hooked. Partly, I figure, it was due to the subject matter. The futility of the war on drugs, police corruption, and the like is right up my alley, after all.

I haven’t had the same reaction to Mad Men. For one thing, other than anthropological curiosity, I don’t really care that much about the ad business in the 1960s. The tricks of the trade are interesting, yes, but they’re largely the same today. As a result, I think what I really need is a deep hook into the characters to be completely pulled in to the show. That didn’t happen. With a couple of exceptions, I find the characters interesting to observe (in their natural habitats, so to speak), but I don’t really care about them. Yes, Don Draper is a suave motherfucker with a dark side (he looks so good with a smoke I nearly went out to find a pack of Lucky Strikes), but I don’t really have any interest in where he’s going as a character.

The only character who I really cared about, in the sense that I wanted to see her succeed in some way during the first season, was Peggy, perhaps because she is the character most at odds with the world she inhabits. I’ll go ahead and I admit I “care” about Pete Campbell, to the extent that I enjoyed seeing him getting smacked around by Don. I particularly enjoyed when Pete, who I call “Conner” (because, to me, Vincent Kartheiser will always been Angel’s douchebag son once Hotlz brings him back from hell) tries to undermine Don to the boss about Don’s shady past, only to be told that nobody gives a fuck about that kind of thing.

What is more fascinating to me about Mad Men is the world these characters live in. When people talk about “world building” they usually are talking about sci-fi or fantasy writers, who build new universes and worlds from the ground up. But the truth is, every writer of fiction (whether on the page or screen) has to pay attention to world building. Thus, just because Mad Men is set in a real time and place from our recent past doesn’t mean the creators can shirk on the details that lend the world depth and credibility.

And boy, do they ever paint a vivid picture. It’s not pretty, mind you, but it really does draw you in. Keeping in mind that I was born a decade after the period depicted in Mad Men, most of it is as foreign to me as a world as anything out of Asimov or George R.R. Martin books. Seriously, in this recent past alcohol flowed freely in the workplace. Everybody smoked pretty much all the time (except for Conner, bless him). Sexual harassment didn’t just exist in the workplace, it was a way of life. Home life wasn’t much better (especially if you’re a divorced woman who dares to move into the neighborhood). Don’t forget the casual racism, anti-Semitism, and sexism. Speaking of Martin, the world of Mad Men isn’t a whole lot better from an equity standpoint than Westeros!

And yet, it’s a very compelling world to observe (just like Westeros, as it happens). Which is why, for all I said about the characters above, I’m pretty much on the Mad Men train. I’ll definitely queue up season two. I do have a nagging fear that after the whole thing is over I’ll feel a bit more like this, but time will tell. 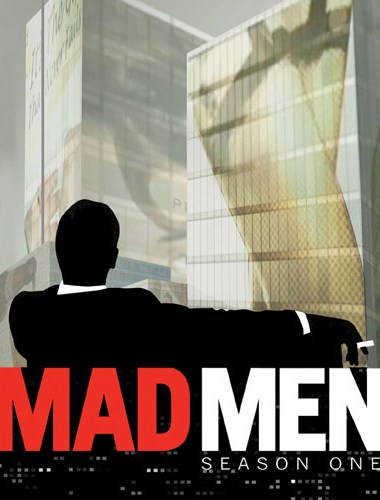