In a few days, TBS will kick off its annual A Christmas Story marathon.  That's the movie where the hero, young Ralphie, learns that the secret decoder ring he's waited and waited on for weeks is really just a way to shill for Ovaltine.  In Ralphie's words:


Be sure to drink your Ovaltine. Ovaltine? A crummy commercial? Son of a bitch!

Now, I'd like to think I'm both wiser and more cynical than a 9-year-old kid growing up in the 1930s or 1940s, but it still honks me off when somebody tries to sell me something disguised as anything but.

So say hello to DirecTV, this year's Christmas dipshits.

I was a DirecTV customer for a long time and had no problems with the service.  But when K and I got married and moved, it made more sense to get our TV and Internet pipes from the same land-bound service (which has generated it's own share of issues - how was Stephen Colbert's last show?).  As a result, they send me entreaties to come back in the mail all the time, which is fine, as they're easily identified and chucked in the trash.

On Friday, this came in the mail: 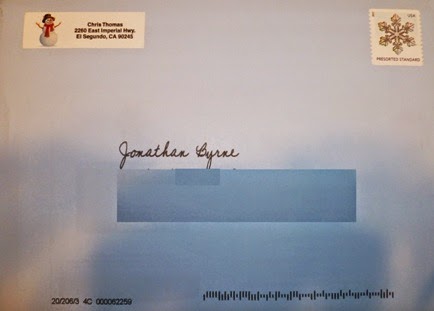 Except with my full address on it, obviously.  Now, I don't think I know anybody in El Segundo, California, but you never know, right?  Maybe some long lost friend is trying to get in touch or something.  Looks like a Christmas card - it's even got a snowflake stamp and Frosty on in, for fuck's sake.  So I open it up, and what do I find inside: 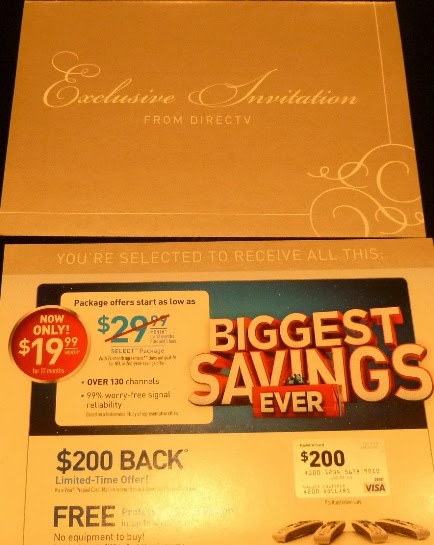 A crummy commercial!  Naturally, it went right in the trash.

Look, I'm not a person who holds the Christmas (and related holidays) season holy or thinks it's entitled to some kind of inherent respect.  But if you want to sell me something, don't dress it up like it's some personal correspondence.  Call it an ad and be done with it.  I'll at least respect you while I throw the ad away.
Posted by JD Byrne at 3:57 PM