I’m methodically going through my CD collection at work (as once memorialized in the Album of the Day posts on the old blog), this time in reverse chronological order. With my Prog Primer on Marillion fresh in my head, it turned out that one of my recommended albums of theirs, Misplaced Childhood, wound up playing back to back with The Wake, the early high point of their neo-prog contemporaries, IQ. They make for an interesting contrast.

By 1985, Marillion had emerged as the commercial victors among the neo-prog movement, with major label backing and something resembling popularity. IQ never made that breakthrough (national TV appearance on Live from London notwithstanding). Misplaced Childhood was released by EMI (who still own it) and pushed to the top of the charts. The Wake was originally released by Sahara Records and eventually rereleased on CD (multiple times) by the band’s own Giant Electric Pea label. I bought Misplaced Childhood at the music store in the mall. The Wake had to come from a prog-specialist mail order company.

Sonically, the difference is most stark by comparing arsenals deployed by the keyboard players. Mark Kelly had access to the latest and greatest tech, including the Emulator and PPG Wave, which ain’t cheap. Martin Orford, by contrast, was largely making due with vintage 1970s tech, but wielding it with great effect. “Outer Limits” wouldn’t be the same without that warbling Logan String Synth accompanying the driving bass line, nor would “Widow’s Peak” work without that shaky Mellotron.

Musically, of course, they’re both brilliant. The Wake is darker, both lyrically and musically, and lacks anything close to the hit singles Misplaced Childhood spawned. It also makes more room for instrumental interplay between Orford and guitarist Mike Holmes. All in all, IQ comes across as the more muscular of the two.

Where things really diverge, however, is the paths the bands travelled after these albums were released. I couldn’t pick just one Marillion album as a starting point the other day because they’ve been prolific and have shifted their sound so much over the years. IQ, by contrast, has had long periods of dormancy and have pretty much the same sound these days as they did back then. That’s not a bad thing – they do it better than just about anybody else. But it makes it much easier for me to pick a starting point for their catalog. The Wake is it. They’ve not yet done any better. 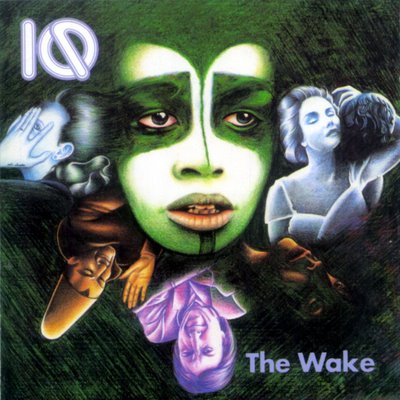