King Crimson’s sole full-length album in the double trio format, THRAK, is one of my favorites. But I don’t listen to it precisely as Fripp and friends intended. The album kicks off with the instrumental “VROOM” and returns, in the end to a reworking of its themes with “VROOM VROOM.” Somewhat oddly, for me at least, the album then proceeds to the short “VROOM VROOM: Coda,” which is completely superfluous. “VROOM VROOM” is a perfect summing up of things and a matching bookend to the opener. So, when I listen to THRAK, I just stop the CD after “VROOM VROOM.” Problem solved.

TRHAK and its ending popped into my head while I was thinking about Take Shelter and realized that they had a lot in common. The film, for nearly all of its (admittedly a little overstuffed) two hours, is a slow but fascinating character study of a decent man grappling with emerging mental illness. Then in the end . . . well, something happens that may or may not make all that meaningless. Whether it does or not might not even change your mind about the overall worth of the film, which is saying something.

Michael Shannon (who, between this, Shotgun Stories, and Boardwalk Empire really needs to be cast as the witty gay friend in a romantic comedy just so he won’t explode) plays Curtis, who appears to have a pretty good life. Solid job in construction, loving wife, cute daughter. But he’s also begun having seriously vivid apocalyptic dreams, from which he awakes in terror. They involve a huge storm rolling in, accompanied by rain that looks like fresh motor oil, and a host of other odd things. They never end well. Even worse, some of the bits of his dreams – unexplained sounds of thunder, for example – are starting to crop up in real life.

Curtis begins to suspect he’s going mad, and not without reason. His mother is schizophrenic, having been diagnosed during his youth. He is determined not to abandon his family the way she did and, so, while dealing the prospect of insanity, Curtis also builds an expensive storm shelter in the family’s back yard. In essence, he’s covering both his bases. Thus, the movie plays with you, playing it loose with the question of whether Curtis is really nuts or whether something supernatural is going on.

There is a storm, severe enough trigger the town’s tornado warning system, and the family does run for cover into the storm shelter. But it’s hardly apocalyptic. When Curtis’s wife finally convinces him to open the shelter and see what’s up, he sees like going on pretty much like normal. Neighbors are picking up downed limbs. The sun is shining. It seems to confirm that it’s all in Curtis’s head. He and the wife go to a psychiatrist and commit to some intensive treatment, just after a family vacation to the beach.

But that’s not where things end. The “VROOM VROOM: Coda,” if you will, happens at the beach where another storm shows up. This one is more like the ones in Curtis’s dreams, down to the oily rain. Except this time, there is no waking up, only the end credits (with only the sound of thunder for a soundtrack – very creepy). So, is this real? Is this another dream? If it’s real, does it ruin the whole damned movie? Those questions (and others) are hashed out ad nauseum over at IMDB.

Personally, I’m not sure it matters. As with THRAK, a little extra appendage at the end of an otherwise brilliant work doesn’t ruin the whole thing. Furthermore, I’ve convinced myself that it really was another dream (so he doesn’t wake up before the movie ends – you think Curtis exists only within the confines of the film’s run time?), one that shows how Curtis has accepted both his illness and the knowledge that his family is there to support him in dealing with it. Dare I say it, when looked at that way it kind of works as a happy ending. And I’m not one to go looking for those. 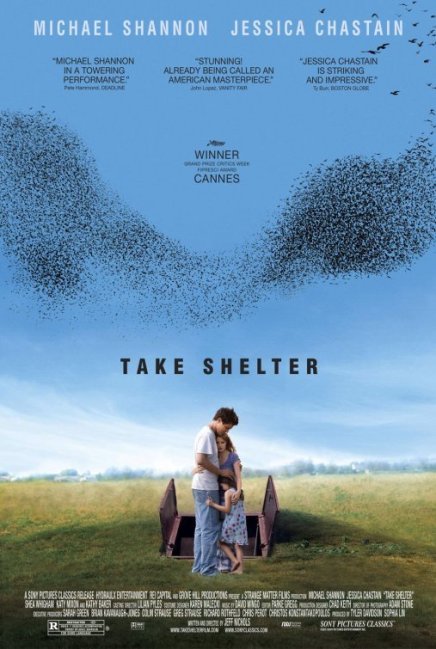