We’re just on the cusp of another presidential election, that several month run to November when it will be impossible to avoid the whole mess. It’s either a brilliant time to release an album about the fractured nature of American politics or a sure fire bet to piss off a good hunk of the fan base. Jersey proggers 3rDegree figured out how to do both with The Long Division.

Which is to say that the political half of The Long Division isn’t really a polemic, in the “vote for this guy” sense of the word. It’s not even “bipartisan,” a word that gets thrown around too often to have much meaning anymore. It’s about the way we do politics in 21st-century, not the end result.

Take the lead-off track (mixed by Brett Kull of echolyn, who have their own fine and long awaited new album out) “You’re Fooling Yourself.” It throws around a lot of left v. right catchphrases you hear these days (especially if you read the political blogs), not in an effort to show that one side is right and the other’s wrong, but to show that by reducing our political opponents to caricatured cardboard cutouts we’re really talking past ourselves. Or there’s “The Socio-Economic Petri Dish” which captures the frustration of the modern political world in one line:

In other words, we’re so far gone that the solution to almost any problem is probably not particularly palatable.

But my particular favorite of the political hunk is “Incoherent Ramblings,” which takes aim at the talking head spouters of talking points that populate most cable news shows. I’m not talking about actual analysts who might have some incite into a particular incident. I’m talking about the kind of people who get brought on to argue whether the fact that the sky is blue will favor Romney or Obama come November. “Incoherent Ramblings” nails both the mercenary mentality of those flaks but also the fact that they never really say anything of substance.

It’s not all politics on The Long Division. The second half of the album dives into more personal territory from love (“A Work of Art”) to the nature of the universe (the absurdly catchy “Nihilist’s Love Song”), and the for some people to live their lives in public (“Televised,” which hearkens back to the title track from 1996’s Human Interest Story). As it happens, my favorite track on the album, “Memetic Pandemic,” is in the second half of the album. I don’t have a good handle on the lyrics just yet, but I love the slow stalking quality of the music.

Speaking of music, The Long Division sees 3rDegree refining their style as set forth on their previous two records. It rubs up against prog, ciphering off it’s intricacy and eclecticism, but is rooted firmly in catchy rock hooks. It’s no surprise that the band has never really gone full-on epic (although several tracks on this album stretch to the 6-7 minute mark). But there’s not reason they should, since they pack in so many layers of sound into each track that stretching things out just for the sake of it would be pointless.

2012 has already been a banner year for new albums in the prog world and it doesn’t show any signs of slowing down. When December comes and those damned lists start popping up, trying to sort the best of from the rest of, The Long Division should come out near the top. Which, in this of all years, is really saying something. 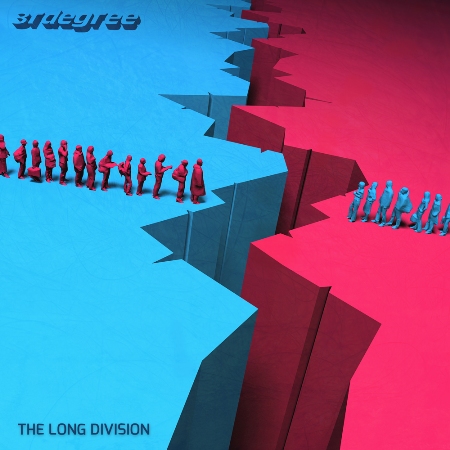