I suppose this was bound to happen, my recent exploration of the early synth-pop scene and the fact that, generally, I dig it, even though when it was going on I was turning up my nose at it. So, what the hell happened?

For one thing, must as it pains me to admit it in print, I’m getting old. Not ancient, mind you, but cranky enough that I’ve become that person who looks back on the pop culture of their youth with more enthusiasm than it probable merits, particularly when compared with the shit kids lap up today. You know, the ones who need to get off my lawn?

For another, it was only a matter of time before my examination of electronic music moved into a more radio friendly area. I mean, there’s only so much ambience and Tangerine Dreaming on can do, right? It helped that I found this really interesting documentary on the history of the early British synth-pop scene.

One of the bands featured in that doc was The Human League. To be honest, I’d never given them much thought beyond their super-sized hit:

That track is both very representative and quite different from the rest of the album. As explained by main man Phillip Oakley in the liner notes, the song was punched up and refurbished by the producer and engineer after he’d gone home for the day, under orders from the label that “anything that made the record more saleable must be included.” Oakley says, “I hated it and we had a huge row, but, of course, they were right.”

They might have been, in terms of hit potential, but there’s more interesting stuff going on elsewhere, musically. Lest there be any doubt, this album is fully a product of the early 1980s. Every sound on its electronic, save for the vocals. That aesthetic is less successful in the more overtly radio-friendly material, but really works well when things get more sparse and cold. “I Am the Law” (inspired by Judge Dredd, of all things) and the following “Seconds” (which seems to be about murder) really benefit from stripped down arrangements that dwindle, in some instances, to a single synth, a sparse rhythm track, and Oakley’s vocal.

There’s nothing on Dare that’s transcendent. At its best, it’s a surprisingly bleak capsule of a time when new technology was fully embraced for its own sake. At its worst, it’s still a pleasant enough pop record. That’s not such a bad result, in the end, at least viewed through these nostalgic ears. 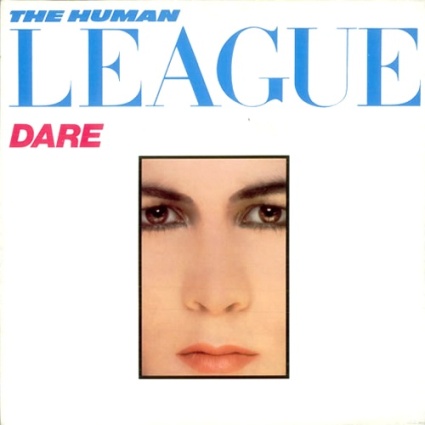