It’s impossible to look and the broad swath of progressive rock and pinpoint one instrument as the one that defines the genre. After all, prog is all about pushing boundaries, which includes incorporating non-traditional (for a rock setting) instruments and combinations thereof. But if there’s a candidate that might fit the bill, it’s the Mellotron. 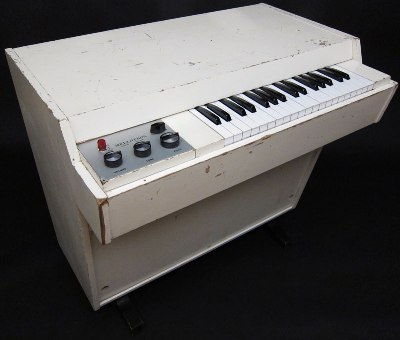 The Mellotron is a primitive, analog sampler. Press a key on the keyboard and a tape is triggered. Not a loop, but an 8-second piece of tape. On the tape is whatever sound has been recorded to it, but the most used sounds were strings and choirs, although there is a pretty wide array of tapes out there (I have a virtual Mellotron, made by GForce, which uses files taken from original tapes). Perhaps most famous of all, however, are the Mellotron flute tapes, as heard here:

Mellodrama is the story of the Mellotron, from its fairly humble beginnings as home entertainment product, through its ascent in the 1970s, to its slide into oblivion in the age of digital samplers, and through its more recent resurrection. Most interesting, to me, is the early history of the instrument.

I knew that the Mellotron shared a lot in common with a similar instrument, the Chamberlin. What I didn’t know was that the Chamberlin came first and the Mellotron was essentially a knock off built by a British company based on samples pawned off by a Chamberlin sales rep as his own design. But even with that common ancestor, the instruments built and sold by the two companies diverged in interesting ways (they worked out a deal whereby only Chaberlains were sold in the United States, with Mellotrons sold in Europe). The Chamberlin used tapes that used higher quality recordings and produced “cleaner” samples, whereas the Mellotron was built more robustly and had fewer issues with reliability and staying in tune (although they’re still notoriously difficult beasts to wrangle).

Mellodrama deftly covers all of that history, mostly through the use of various talking head interviews. There’s some vintage interview footage with Harry Chamberlin himself (sort of the Bob Moog of the Mellotron) and recent discussions with David Kean, who began rehabbing Mellotron’s back in the 1980s. A whole lot of the interviews are with musicians, as you might expect. Usual suspects appear, such as Mike Pinder of The Moody Blues and Tony Banks of Genesis, but so do others I wouldn’t have thought had a part to play, such as Rick Nielsen of Cheap Trick (who was, at one time, a would-be Mellotron importer).

As cool as the interviews are, they also highlight the film’s main weakness. For some reason, which I’m assuming has to do with budgetary limitations, we don’t hear very much of the music that these guys talk about. Banks, for example, tells of how the massive opening of “Watcher of the Skies” actually involved jamming the Melltron’s tapeheads between two sets of tapes, so the resulting sound was a mix of the two taped instruments and the white noise/hiss from in between. Hearing the result of that tinkering right after the description would have been very effective.

But that’s a minor quibble. And I’ve got no problem with the film’s original soundtrack, filled as it is with ‘tronny goodness from the likes of Anglagaard’s Mattias Olsson.

In the end, Mellodrama succeeds in doing what it sets out to do – tell the story of a unique instrument and its influence in modern music. It’s not a personally focused film like Moog, so don’t expect that kind of compelling central character to carry you through. But, if you’re interested in music technology and the history of that kind of stuff, by all means check it out. And if you’re a prog fan and you want to see how part of the “prog sound” came to be, likewise, check it out. 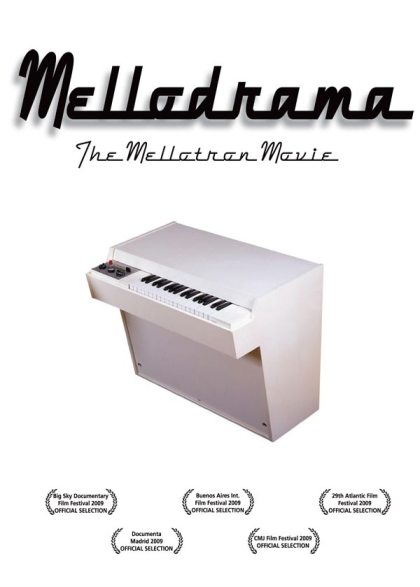