Disclosing my bias up front, I’m a big fan of Kevin Smith. Ever since my college roommate and I first rented Clerks way back in the days of VHS. I recognize his shortcomings as a filmmaker (as he does himself), but I like the overly talky scripts and, yes, the dick and fart jokes. Besides, it’s always nice to see a self-taught fat fuck make good (we can all dream). And the man tells some mean stories.

Unfortunately, when he steps out of his comfort zone, things get rocky. I didn’t think Jersey Girl was as awful as most people did, but it clearly wasn’t the bold breakout from the View Askew universe, to which he ran right back for Clerks II. I was hoping that Red State, which is ever further outside his comfort zone, might fare better. Sadly, it doesn’t.

Red State is actually three different movies, thrown together and jostling for attention during its run time. It begins in the most Smith-like way, with three high school boys excitedly planning to meet an older woman for sex via some kind of online service (one kid says, “it’s like Craigslist for people who want to get laid,” to which another says, “I thought Craigslist was all about people who want to get laid?”). It is, of course, a setup, in which the three are entrapped by their hookup (Melissa Leo, of all people) and drugged into unconsciousness. Like a setup for a teen horror flick.

Shift again. Contact with local law enforcement at the compound goes badly, which brings in the ATF to conduct a Ruby Ridge/Waco style siege that, of course, turns horribly bloody. There’s a layer of modern post-9/11 terrorist hunting in there, too. Things spiral down into a confusing firefight that seems to last longer than the war in Afghanistan. To top it off there is, possibly, the actual apocalypse, in a head fake that might have truly gone somewhere interesting.

Any one of those flicks might have worked on its own merit, but bumped up against each other none of them really get a chance to breed. The ATF materialize out of nowhere, for instance, without even the wherewithal to keep the local sheriff from carrying on in his own stupid way. The cult/religious stuff can only go so far, as we don’t really get beyond the placard slogans you’d see on the evening news (although Michael Parks, as the leader, is suitably chilling). By the end, with one exception, there’s no character to care about to the point that when the bullets start flying and the blood flows, you just want it to be over with.

I’ve read that Smith is basically done as a director, turning his attention to being a full time talker and social media personality (perhaps the Gore Vidal for the 21st century?). I hope he goes behind the camera for at least one more shot at a movie that exists outside the View Askew world. I’m pretty sure he’s got a good one in him, even if he hasn’t been able to find it yet. 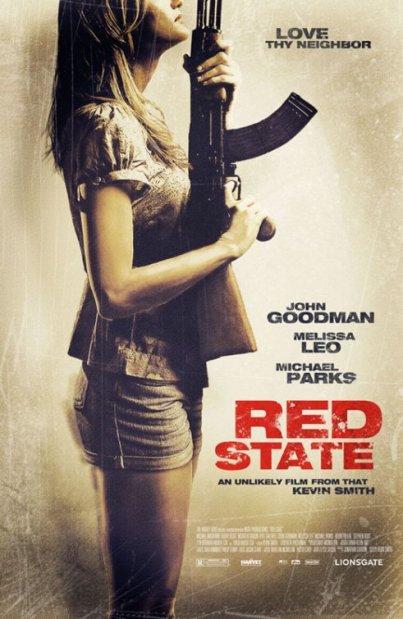