An occasional series in which I revisit classic albums that, like me, turn 40 years old this year.

Yes had a busy year in 1972. They followed up the success of Fragile with Close to the Edge, which many regard as their masterpiece. Following that, they set off on tour. And, oh yeah, they had to hire a new drummer, when Bill Bruford ran off to follow Bob Fripp’s pied piping into King Crimson. Enter Alan White, formerly of the Plastic Ono Band, who had only a limited time to get up to speed on the band’s back catalog.

He’s not gone anywhere since, which is really something, when you consider the years of lineup change tumult that lay ahead for the band.

The band’s first release in 1973 showed the fruits of White’s efforts (mostly – Bruford appears on two tracks). Yessongs isn’t just a live album, it’s a massive live album (three LPs in its original gatefoldy glory – one of the few LPs I owned in my youth) that, perhaps more than any other of the era, captured what the band was all about at the time. Hell, you get every bit of Close to the Edge, along with just about every notable track from Fragile (“South Side of the Sky” excepted, sadly) and The Yes Album. The performances are almost all more muscular and rock a bit harder than the studio versions, without being completely different. If you knew nothing of Yes before now, Yessongs would be the perfect introduction to the band’s early glory years.

As for what they produced in the studio in 1973, not so much.

Upon departing for pastures Crim, Bruford explained that, after Close to the Edge, there wasn’t much for the band to do, in his mind, aside from Close to the Edge Part 2. In a lot of respects, he wasn’t wrong. Close to the Edge featured the band’s first true epic, with the title track stretching across the entirety of side two.

Tales from Topographic Oceans took that epic quality and turned it up to eleventy. Instead of one LP there were two, and instead of one epic there were four, one covering each album side. There were no singles or crass attempts to garner radio play. To top things off, the four tracks were inspired, not only by a book on an Eastern religious leader, they were inspired by a footnote on page 83!

If the band deserves an A for effort, the final grade for the finished product drops to about a C+. There’s an awful lot of excellent music in Tales. I’m particularly fond of most of “The Revealing Science of God - Dance of the Dawn,” but it’s probably a few minutes longer than it needs to be. In fact, the same can be said for every track. Had Tales come out in the CD era it might have made a killer single long disc. As is, it’s an effective time capsule of prog’s commercial heyday.

Tales became sort of a Rorschach test for progressive rock. To fans, it was everything that makes the genre great – it was ambitious, unconcerned with commercial potential, and provided extended interludes of purely musical bliss. To detractors, it was everything that make the genre an abomination – it was pretentious, overblown, and lacking in warmth or compelling musical ideas. It’s far from Yes’s best work, in my opinion, but it’s certainly their most audacious. 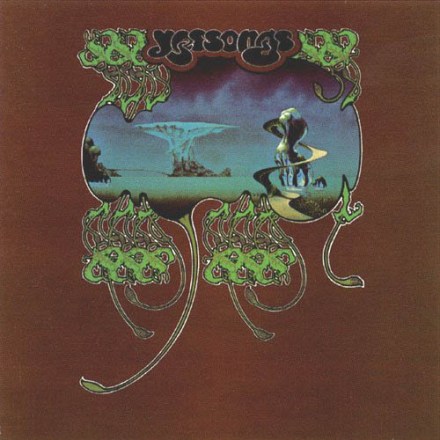 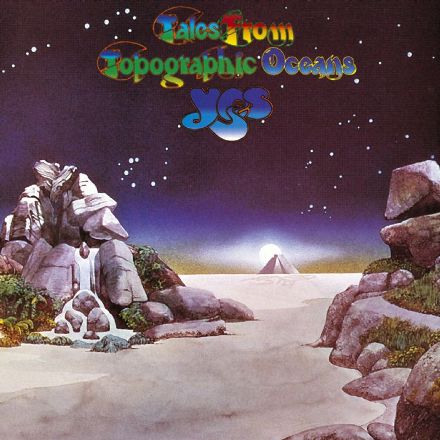 with Bill Bruford (drums) on a couple of tracks on Yessongs
Posted by JD Byrne at 12:01 AM