Friday Review: The Raven That Refused to Sing (and Other Stories)

I’ve had a strange relationship with Steven Wilson. Or with his music, anyway.

My first exposure to his stuff was Porcupine Tree’s The Sky Moves Sideways, which left me completely unimpressed. It wasn’t until I heard Porcupine Tree in their later, more streamlined Stupid Dream phase (via a webcast of their set at NEARFest) that something clicked. I’ve been a fan since, although I’ve not dug back into the older stuff (Sky . . . still doesn’t really do it for me).

Given that Porcupine Tree is essentially Wilson’s baby, it made sense to check out his other stuff. I really like most of what I’ve heard of No-Man (his collaboration with vocalist Tim Bowness) and would really like to get my hands on his droney ambient project Bass Communion (they’re maddeningly hard to come by). So when Wilson went “solo,” such as it was, I came along for the ride.

His first album, Insurgentes, mined a lot of his influences that were tangential to progressive rock, if they had any relation at all. As such, it’s not overtly “proggy,” but has a pan-genre inclusiveness to it that makes it really interesting. I like it more than most people, however. Grace for Drowning, his second effort, wore the influences of his work remixing the King Crimson catalog and went down a much more prog-through-the-lens-of-jazz path. In spite of an amazing list of collaborators, Grace . . . has never done much for me.

Which brings us to The Raven That Refused to Sing (and Other Stories). To tour Grace . . . Wilson put together a killer band that included Marco Minnemann, Theo Travis, and Nick Beggs. From that tour he took those guys right back into the studio for The Raven . . .., hoping to capture some of the energy of the live shows.

The result is pretty impressive, even though it doesn’t get me as excited as it does many prog fans. The Raven sounds even more like an homage to 70s symphonic prog, right down to the extensive use of the original King Crimson Mellotron (it pays to be friends with Bob Fripp). It’s used to particularly good effect near the end of “Luminol,” which in other places fires off riffs that remind me of “21st Century Schizoid Man” (or, more recently, another Wilson collaborator – Steve Hackett’s “Mechanical Bride”). The highlight for me is “Holy Drinker,” with some fantastic organ and synth bits. The title track is also a beautiful, mournful cap to the whole experience.

I’ve lived with Grace for Drowning since it came out, waiting for it to grow on me and rip my head off. It’s never happened. But in the few weeks I’ve had to digest The Raven . . ., I’ve found myself warming to it noticeably. Not an immediate “wow,” but definitely an impressive, layered grower. There’s nothing wrong with that. 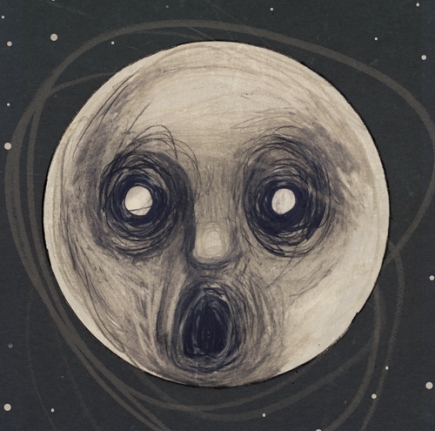