Our Values In Action

Last spring, while writing about how we treat people who are released from prison, I wrote that "society owes a duty to anyone it locks in a cage."  That's equally true, perhaps doubly so, while that person is still locked in a cage.  It's a test we fail all too regularly.

Take this latest atrocity highlighted by Radley Balko.  An inmate in North Carolina named Michael Kerr, a veteran, died after several weeks in solitary confinement, due to behavioral issues brought on by untreated mental illness.  After guards found him unresponsive in his cell, they drove him for 2.5 hours to a prison hospital - bypassing eight ERs along the way.  He died en route.  The details of Kerr's life and crime are in the article and are heartbreaking.

But that's not really the point.  What I wanted to really highlight is how Balko concludes his article.  He mentions how treating inmates humanely is, paradoxically, most difficult for the people who have to do so on a daily basis - prison staff.  But we can hardly blame them alone:


look at our values. Americans not only accept violence and sexual assault in our prisons, but also a large part of the population considers it a given — it’s just another part of a convict’s punishment. We’re not just comfortable with prison rape, we often find it humorous (even SpongeBob once made a prison rape joke), or we revel in the thought of inflicting it on people we abhor, members of groups we consider the enemy, or stand-ins for groups of people we find distasteful. (It’s a common sentiment to wish prison rape upon political opponents, particularly those who have been accused or convicted of crimes.)

If those of us far removed from prisons don’t take the humanity of the incarcerated seriously, we shouldn’t be surprised to see the officials we ask to actually run the prisons engage in the sort of sadism and brutality we see in these stories.

UPDATE: As if on cue, someone in the comments to this article about today's indictment handed down against coal baron Don Blankenship posted this: 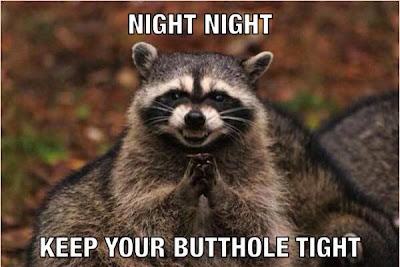 Blankenship may deserve a lot of things, but if he winds up in prison, being raped isn't one of them.
Posted by JD Byrne at 5:27 PM