The Rites of Spring Festival (ROSFest to its friends) started in 2004 near Philadelphia.  A few years ago it moved to Gettysburg, which isn't the obvious choice for a progressive rock festival.  After my first ROSFest experience last weekend, I'm pleased to say it it's an excellent fit.  The Majestic Theater is a beautiful venue (seats about 800, I think) and the people there treated hundreds of confusing prog fans quite well.  But what of the music itself?  Read on . . . 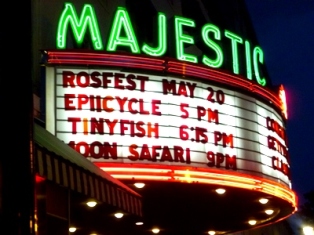 First up Friday night was a brief set from Epiicycle (USA), who had an in with the ROSFest powers that be – the guitarist/vocalist’s father, George, is the festival patriarch. Clearly pumped to be playing for a festival crowd, I don’t want to sound too harsh, but they sounded very much like an unfinished work in progress. Most tunes didn’t so much conclude as they simply ended. But they were on stage for such a short period (half the time of anybody else during the weekend), it’s unseemly to complain.

Going into the festival, I knew not one note from Tinyfish (UK), although I had seen some glowing reviews of their last album, Big Red Spark, in the press. They rocked. Their music isn’t the most complex in the world, but it’s impeccably put together and has a great atmosphere. It didn’t hurt that guitarist/vocalist ??? and drummer ??? (who may be Keith Moon reincarnated) got on great with the audience. A unique feature of Tinyfish is that their primary vocalist isn’t actually a part of the band, but provides dramatic narration throughout the show. I wouldn’t have thought that would work. I was wrong. I also have to say that, at the time of their set, I thought they were using a lot of canned keyboards, which was a shame. Turns out I was wrong - ??? was heavily using a guitar synth to cover all those parts – cool!

Wrapping up Friday night was Moon Safari (Sweden) who, if you’ve never heard them, sound like what I imagine the Beach Boys would have sounded like, had they grown up in Sweden listening to a steady diet of Yes albums. Lush, light, symphonic prog with a heavy dose of harmony vocals, which, to my surprise, the band pulled off spectacularly (their second[!] encore was a six-part acapela bit). Having said that, I find two hours of their stuff almost too much to take – things all start to sound the same. Still, a good way to windup day one. 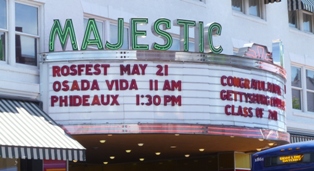 Opening things on Saturday was Osada Vida (Poland), who take the Porcupine Tree-influenced heavy prog of their countrymen Riverside and pull it even further away from PT’s more ambient influences. Having picked up one of Osada Vida’s albums before the fest, I knew what to expect and wasn’t disappointed. Although heavy, they don’t go in for loads of metal riffage and bring some other interesting influences to bear. I also thought they had the best sound of the weekend – it’s distressing how, even at a prog festival, the keyboards tend to disappear in the mix.

Phideaux (USA) was my first repeat band of the weekend, having seem them at 3RP in Pittsburgh in 2009. I was blown away that time. This time, less so, but mostly due to the fact that I knew what to expect going in. After getting to know Snowtorch, I was pleased to get a heaping dose of it in live form, including a killer rendition of “Helix.” Mr. X kept his 10-piece band churning throughout their headline-length set. Besides, how could you not groove on heaping helpings of Doomsday Afternoon just hours before the Rapture was supposed to happen? 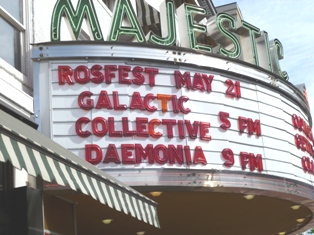 Galactic Collective (USA) is basically keyboardist Erik Norlander, of Rocket Scientists and Alesis tech fame, plus an 80s-hair-metal-style power trio. Seriously. The original thought was the produce an album reworking some of Norlander’s older instrumental material, which they did. For the live set, however, they were joined by a pair of vocalists (including Norlander’s wife, Lana Lane), so that idea sort of burned away. Honestly, I’ve Norlander’s stuff has never really connected with me. Given the lavish introduction from someone with the Bob Moog Foundation and the presence of Norlander’s epic Moog modular synth on stage, I was hoping for something a little more electronic. Oh well.

I skipped out on Saturday’s headliner, Daemonia (Italy), not because I have something against them, but because I was aurally drained by that point. Had to rest up for Sunday, anyway. 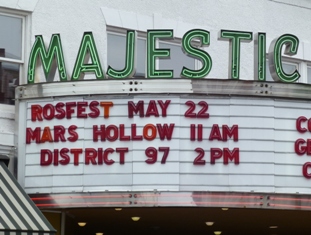 When I saw Mars Hollow (USA) at Progday last year, I was knocked out. They remind me a bit of early days Spock’s Beard – suitably complex and shifty, but with loads of melodies and hooks, topped off by great playing from all involved. Their opening set on Sunday didn’t disappoint, either, as they ripped through some tracks from their just released second album, World In Front of Me. A great way to start day two.

I will admit at the outset that I am firmly in the minority camp when it comes to District 97 (USA). They really brought the house down. Mars Hollow’s bass player, Kerry, was sitting in front of me for their set and, I’m pretty sure, had a religious experience. Or a sexual one. It was hard to tell. While I certainly appreciate the chops and enthusiasm of the band, and concede their set was fun to watch, their music is just to metally for my taste. Lots of double-bass powered riffage. But, like I said, that’s a minority view. They were surely the audience favorite of the fest. 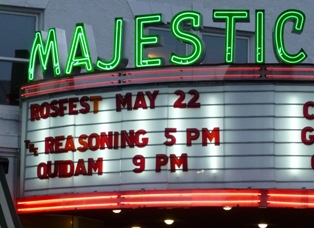 More to my liking was The Reasoning (UK), which boast the same lineup (bass/drums/keys/guitar/chick singer). While their set was certainly heavy in spots (seems like everything coming out of the neo/symph realm these days shares that characteristic – Moon Safari a notable exception), I found their music more melodic and interesting. And while they weren’t dull on stage, as the older band they certain had an air of “been here, done that” that was sort of interesting, coming after the youthful exuberance of District 97. Not my favorites of the weekend, but a solid set.

Prior to the fest, I’d picked up two albums from Quidam (Poland), their debut and their most recent. I liked them. Musically, they are the most traditionally neo band in the festival lineup and I like that kind of stuff. But I wasn’t overwhelmed. Their live show changed that. An excellent performance, using extended arrangements and inspired covers to show off some sonic colors (flutes of various types and violin) that were otherwise absent from the weekend. They closed with a long finale that ended with the band members sitting, cross-legged, together at the front of the stage. It was a cool, understated way to wrap things up.

Of course, a prog fest wouldn’t be a prog fest without vendors. It’s really the only chance folks like me have to window shop for our kind of music. Of course, that comes at a cost, namely the tower of new tunes I came home with (paper towel roll provided for context): 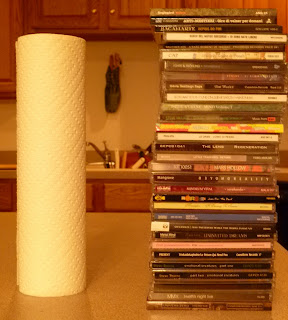 Yes, there are many more Fridays worth of reviews in there!

All in all, ROSFest was a great weekend. It was, without a doubt, the best run fest I’ve been to, in terms of getting bands on and off the stage when promised. The venue is great. The surroundings are pretty cool. And, most importantly of all, the music was (mostly) fantastic.
Posted by JD Byrne at 5:22 PM