It was inevitable when I started diving into electronic music a few years ago that I’d eventually wind my way to Kraftwerk. To lots of people the German pioneers are electronic music, at least of the accessible pop-flavored variety. No album is more responsible for that than Autobahn. It was, rather inexplicably, a hit in the United States and in Europe.

Autobahn is technically not the first Kraftwerk album, but it might as well be. In fact, main men Florian Schneider and Ralf Hütter have essentially disowned the three albums that came before (they’ve never been released on CD, IIRC). From what little I’ve heard of those albums, there is some recognizable Kraftwerking going on, but they had not yet fully embraced electronics they way they did on Autobahn (and later, of course).

There’s also a conceptual rigor that starts to be flexed on Autobahn that would really bear fruit on the next several albums, at least when it comes to what was (back in the olde days) side one. The title track, an epic of proggy proportions, sprawls out across that side, conveying musically a car trip across Germany. Lyrics are sparse and in German, although the refrain of “fahren fahren fahren auf der Autobahn” has the effect of sounding like a Beach Boys reference (not intentional, from what I understand). The music is undeniably electronic, although Schneider’s flute still makes a couple of appearances.

The concept doesn’t hold over to side two, which appears to be kind of neglected by listeners as a result. Regardless, it contains the track that convinced me to keep digging in the Kraftwerk katalog. “Kometenmelodie” is another epic, split into two parts. The first part sounds like something I might come up with on a particularly inspired evening, which is maybe why I like it so much.

Autobahn isn’t my favorite Kraftwerk album from stem to stern. But it was the onramp, so to speak, for my discovery of the band. Apparently, it was the same for lots of other folks, too.

On a related note, if you’re interested in Kraftwerk and the German experimental music scene from which they sprang, I highly recommend the documentary Kraftwerk and the Electronic Revolution. It’s long (3 hours!), but it covers a lot of ground and provides some interesting insight into the whole milieu that was German music in the late 1960s/early 1970s. The film’s biggest flaw is that neither Schneider nor Hutter participated, although Karl Bartos (who joined just after Autobahn) provides some interesting insight. 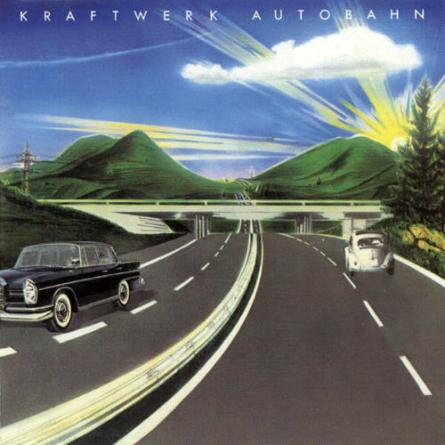