Orwellian Nightmare? There’s an App for That!

Oh, joy, just what my state needs – easier electronic snoopery, courtesy of your fellow citizens (via) :


In less time than it takes to play a turn in Words With Friends, smartphone users can report a ‘suspicious person’ to the West Virginia Department of Homeland Security.

The domestic counterterrorism agency’s West Virginia branch, in association with the West Virginia governor’s office, unveiled a new mobile app called the Suspicious Activity Reporting Application this week. ‘With the assistance of our citizens, important information can quickly get into the hands of our law enforcement community allowing them to provide better protection,’ Gov. Earl Ray Tomblin said in a statement. The app is available in the Apple App Store and the Android Market.

Now, there’s nothing wrong with harnessing current technology to make real emergency reporting easier. After all, first responders of any stripe can’t be everywhere at once, but there are regular folks damned near anywhere. Still, it just sounds creepy. It doesn’t help that there’s no really well explained quality control, thus:


On its face, there’s nothing about the app that protects either the civil liberties of citizens or the busy schedules of West Virginia homeland security operatives. You don’t have to affirm that you have evidence of a crime, or even a suspected crime, to send information to the Fusion Center.


* * *
In other words, there’s nothing in the app to stop you from snapping a picture of your annoying neighbor and sending it to the attention of federal and state counterterrorism agents in West Virginia, who can keep information on your neighbor’s face, body and perhaps his vehicle for an unspecified period of time.

The potential for abuse is even more of a concern when you consider that West Virginia is hardly a hotbed of terrorist activity (or criminal activity in general). So why, of all things to be in the lead on, have we decided to focus on improving the ability of average citizens to snoop and report on each other? Forget Mountain Mama – bring on Big Brother! 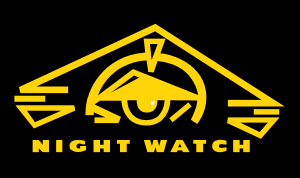