One of the hazards of any series – of books, movies, or even a TV series – is that the various installments invariably get compared against one another. If you’re lucky, things get better as the series progresses. More likely, things tail off a little bit as the series moves on, but it remains interesting and compelling. Spare a thought for Dan Simmons, then, who knocked it out of the park so hard with the first novel in his Hyperion Cantos that even a very good follow up pales by comparison.

Hyperion and The Fall of Hyperion are, in essence, two halves the same book that tell a unified story. In fact, Hyperion ends rather abruptly in the way that really infuriates me when it comes to individual books in a series. Having read both books now, I can see why such an abrupt transition was necessary. Each novel is so different from the other in terms of structure that it would have been impossible to tell the story in the way Simmons did in one continuous narrative.

The Hyperion Cantos (there are two other novels, plus some short stories that make up all this) take place in a far future where the Earth is gone (victim of the Great Mistake) and humanity has spread amongst the stars. Along with the humans are a super advanced network of artificial intelligences that help bind the human race together via interstellar communication and travel. Most important are the farcasters, portals through which people and material transfer from one spot to another. Think of Star Trek’s transporter system fused with the Internet and you kind of get the picture. Planets linked to the farcaster network are part of the WorldWeb, in fact. There’s an existential threat to the WorldWeb, the Ousters, who live outside the reach of the network and its AI managers.

One of the interesting things Simmons does with the farcasters is that he takes a completely fantastic technology and makes it utterly commonplace. They aren’t only used for quick transit between distant planets, they’re used for quick transit from one room of a home to another. The truly wealthy, in fact, have homes with so many farcaster portals that each room is on a different planet. Makes any gold-plated mansion Trump comes up with look like an outhouse.

Against that background, Hyperion adopts the structure of The Canterbury Tales to set in motion a catastrophic change in the universe. It tells the story of seven pilgrims on their journey to Hyperion, a planet that lies outside the WorldWeb and sort of off on its own. Hyperion is home to the Shrike, a demon/god/monster that impales people on its metal tree of thorns near a clutch of artifacts called the Time Tombs. A church or cult has sprung up around the Shrike throughout the WorldWeb. An odd number of pilgrims, it is said, seek out the Skrike. All but one is killed. That one may have his or her request heard.

But Hyperion is less about all that than it is about the pilgrims making the journey. The Canterbury Tales frame format allows Simmons to essentially tell six separate short stories (one of the pilgrims disappears before we hear his tale), in varying styles, about these characters. As it turns out, all have been touched by the Shrike in some way, from the poet who thinks the beast was his bloody muse to the father whose daughter, upon encountering the Shrike during a research expedition to the Time Tombs, is now aging backwards. Each story works on its own merit and serves to make you care deeply about these people.

In the background of all that is an impending invasion of Hyperion by the Ousters and what that might mean for the WorldWeb. And that’s where the big shift happens between the two books. In Hyperion, the galaxy spanning war and intrigue plays a back seat to the character stories of the pilgrims. In The Fall of Hyperion, things get flipped. Via a couple of new main characters (including a AI simulacrum of John Keats – no kidding!), the focus shifts from the personal to the epic.

That transition isn’t completely successful. Simmons has enough interesting ideas to keep things afloat in the second book, although it becomes increasingly messianic as things go along. Unfortunately, all those people we grew so attach to in the first book aren’t left with much to do. They all deal with the Shrike, in their own ways, and so there is a sort of closure. However, they all essentially end up for the good at the end of things, which diminishes some of the horror and dread surrounding the Shrike built up in the first book.

In the end, The Fall of Hyperion fails mostly because it is inextricably entwined with Hyperion, which is a masterpiece. Had the tables been turned, had the merely good come before the great, it would have made perfect sense. As it is, The Fall of Hyperion comes off more as a wasted opportunity than a grand sequel. 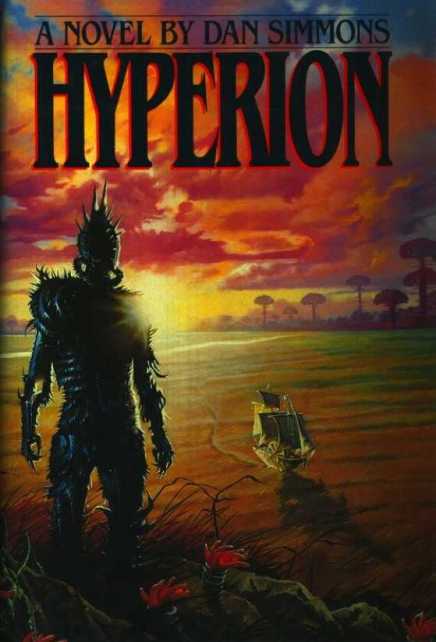 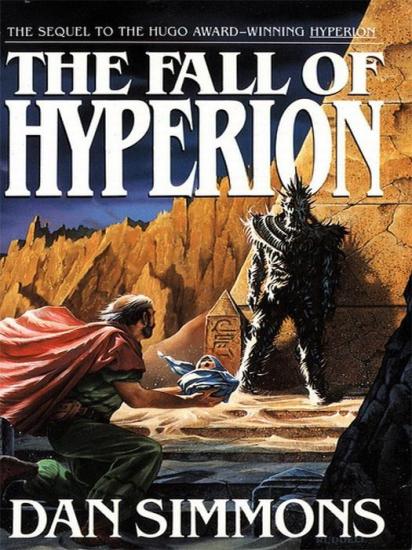