This is kind of a cheat, as I saw this documentary a while back. But it's relevant as ever today, and not just because it popped up on Morgan Spurlock's countdown of 50 Documentaries to See Before You Die that's running on the Keith Olberman Netwo . . . I mean Current TV.

On May 5, 1993, three 8-year-old boys were reported missing in West Memphis, Arkansas. The next day, the bodies of the three boys were found in a ditch, stripped naked and hogtied. From the beginning, there was a dispute about whether the boys had been killed there or the bodies dumped there after killings elsewhere.

Suspicion fell on three teenagers - Jessie Misskelley, Jr., Jason Baldwin and Damien Echols - who were outsiders in the small town. Each had been in trouble for minor crimes and two had dropped out of high school. They shared an interest in heavy metal. A theory developed that the murders had been committed as part of some sort of occult ritual.

The three teens went to trial and were convicted. One, Echols, was sentenced to death. You can read more details about the case here.

As all this was going on, filmmakers Joe Berlinger and Bruce Sinofsky were covering the investigation. They even became a part of it when a knife that may have been involved in the killings was delivered to them. The result of their work, Paradise Lost: The Child Murders at Robin Hood Hills, not only became a powerful documentary of a heinous murder case, but kicked off a nationwide campaign to have the convictions of the teenagers, labeled the West Memphis 3, reversed.

Paradise Lost is a compelling piece of work (it's sequel somewhat less so, if only because we sort of know what's happening going on). It doesn't come to a conclusion as to who killed the three 8-year-olds, but it certainly leaves the impression that something was rotten in the trial of the West Memphis 3. For years, they've fought to get out.

Today, the West Memphis 3 walked free. Sort of. As Jerlalyn sorts it out, the state agreed to a plea agreement by which the three pleaded guilty using a process known as an Alford plea, meaning they do not actually admit guilt, but admit the state could prove its case beyond a reasonable doubt. Although they were all sentenced to, essentially, time served sentences, they are subject to 10-year terms of what look like something akin to unsupervised probation. So any little fuck up could send them right back.

Paradise Lost didn't lead directly to exoneration of an innocent man the way Errol Morris's The Thin Blue Line did.  But it certainly raised the profile of the case to a level that made it impossible for authorities in West Memphis to just sweep the whole thing under the rug.  The West Memphis 3 will never get back the hunk of their lives they spent in prison.  And, at least for a little while, they're not really "free."  But it's certainly an improvement. 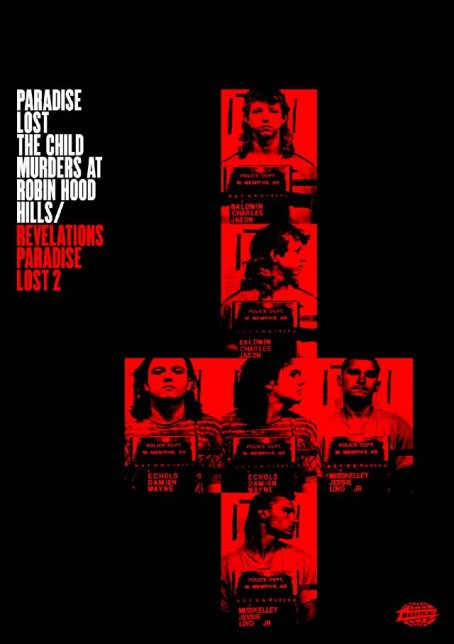