Last week, K and I spend a few days in Chicago in honor of her birthday.  Birthday trips have become a sort of tradition for us.  We'll load up the car, head for a not-too-far-away metropolis, plop down in the middle of it, and enjoy ourselves.  We chose Chicago because K had never been there and I really enjoyed the couple of days I spent there while I was in law school.

Here are some pics to give you an idea of where we went and why.  Unless otherwise noted, they were all taken by K, the official photographer of Feeding the Silence.

Of course, we were not alone in our travels.  Maia, the One-Eyed Wonder Pup, and Uzume the Perpetual Motion Pup came along, too.  This was Uzume's first big city trip.  She adjusted pretty well. 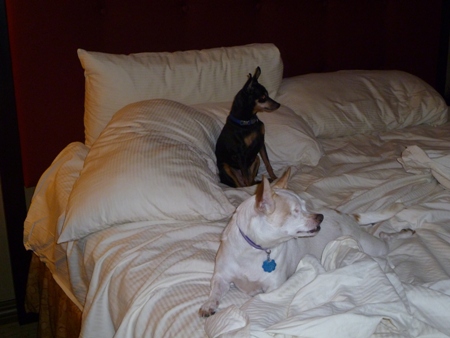 She even found time for one of her favorite pastimes - sitting and growling at her food for no apparent reason. 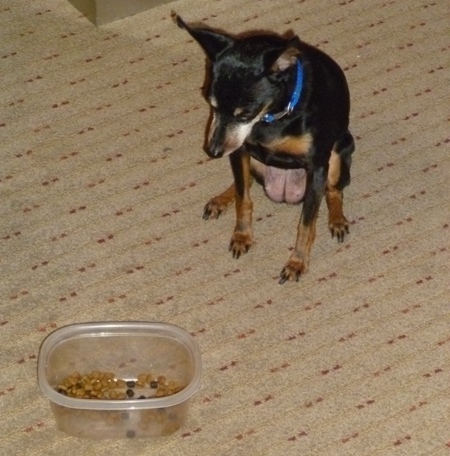 We stayed just north of the river, near Trump Tower, and so had to navigate down to The Loop on foot.  Here's a shot down river from the North Street bridge.  We had dinner that night at the restaurant on the right. 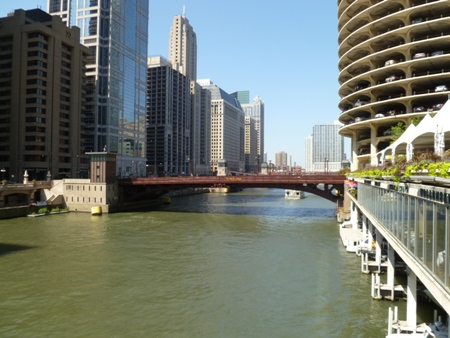 We only had two real targets for this trip, one of which was The Art Institute of Chicago, famous home of Seurat's Sunday Afternoon . . ., Hopper's Nighthawks, and, as of 1999 when I was last there, a bizarre installation called "Clown Torture."  Sadly, that last one appears to have gone away.  Regardless, the building is still guarded by a a pair of sturdy lions. 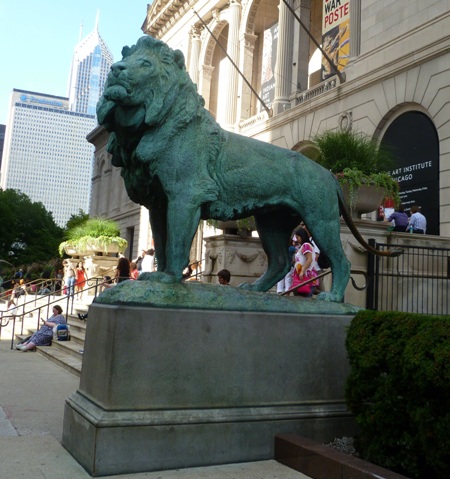 K took several pictures of interesting paintings and others things you can see in the set on my Flickr feed.  Here are a couple of the more gargantuan pieces.

I have no idea who sculpted this guy, or who he is supposed to be.  He's just plopped in the lobby of the Institutes's modern wing.  It called out for photography. 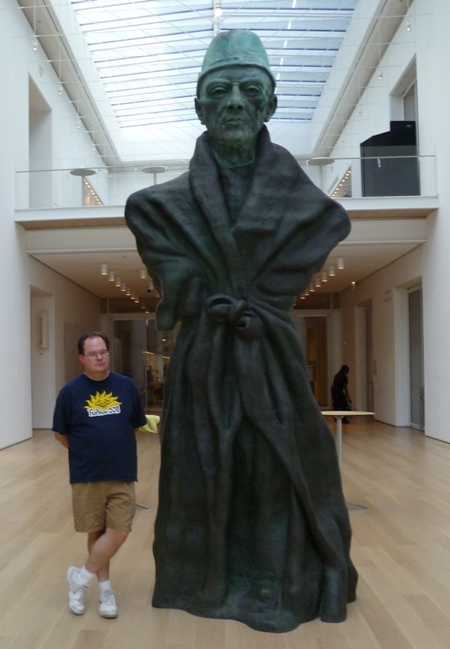 This stairwell (which has several different bits, as you can see), contained an installation called Public Notice 3, by Jitish Kallat, which takes the words of a speech given at the 1893 First World Parliament of Religions urging the end of fanaticism and emphasizing tolerance of all beliefs and lays them out under the steps.  K posed for this one, so I must have taken it. 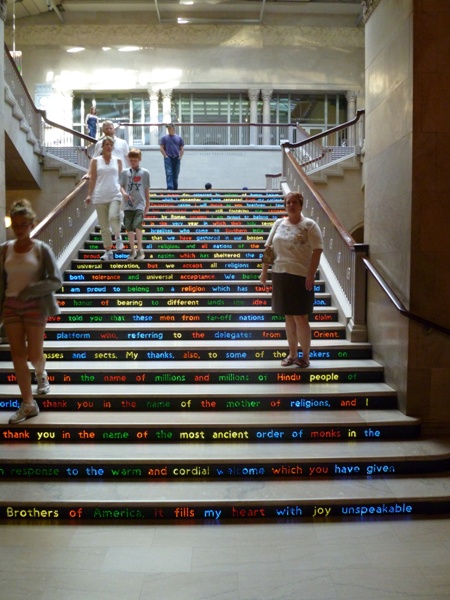 As I said, we dined that night in a restaurant right on the river beside the North Street bridge.  Here's a picture I took from our table up North Street. 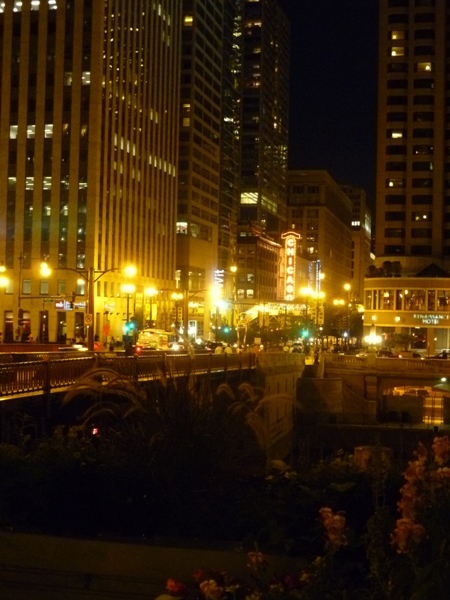 Our other "must do" was a concert on Wednesday night at Ravinia Festival, Chicago's big outdoor concert venue in the northern suburb of Highland Park.  We decided to take the scenic route up there and catch a couple of interesting sights along the way.

The Bahá'í Faith emerged from 19th-century Persia and teaches a  message of the unity of mankind and its religions.  If you've never heard of them, don't feel bad - they claim only 155,000 adherents in the United States (we marginalized atheists, by contrast, can at least muster a few million).  Regardless, their house of worship in Wilmette (one of only seven in the world and the only one in the United States) is a breathtaking building. 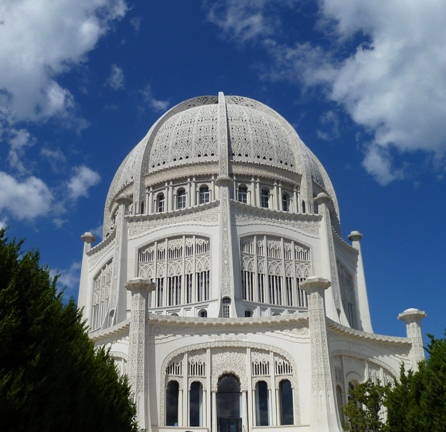 As you can see, the architecture carries on the unity theme, incorporating several religious symbols. 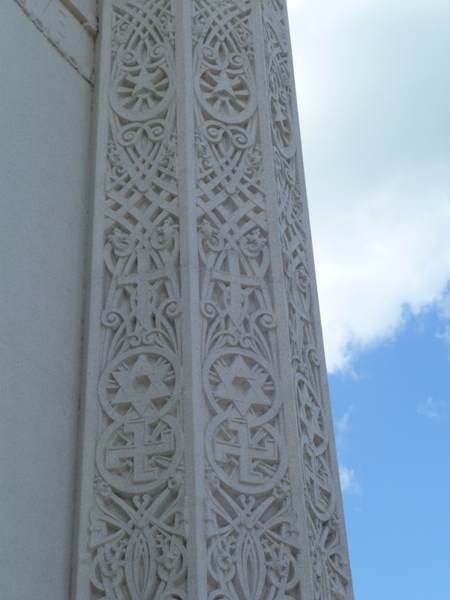 Photography of the dome inside isn't allowed, but apparently that doesn't stop everybody.


The Arabic script at the top translates to "O thou glory of glories."  Here's an arty shot of the sun peaking out over the dome. 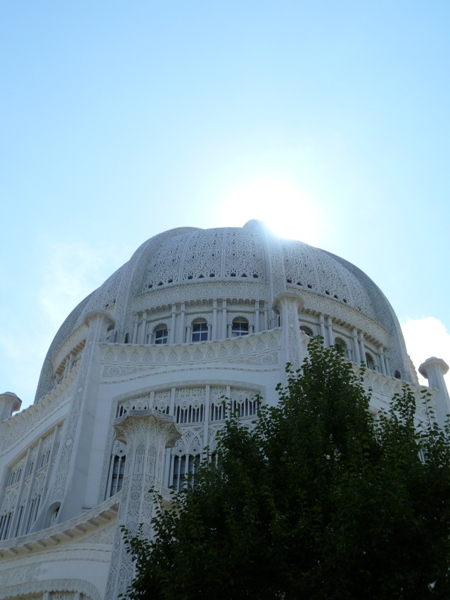 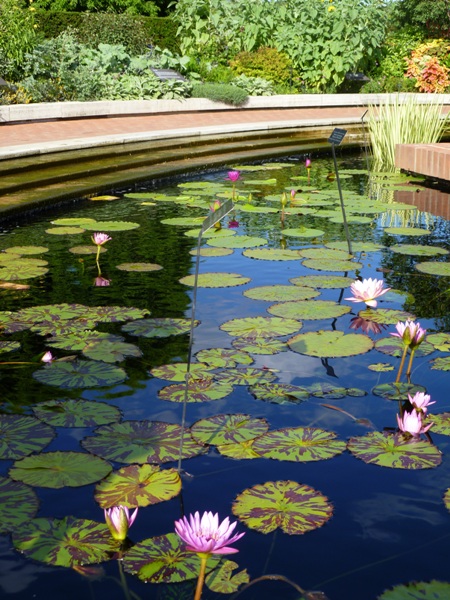 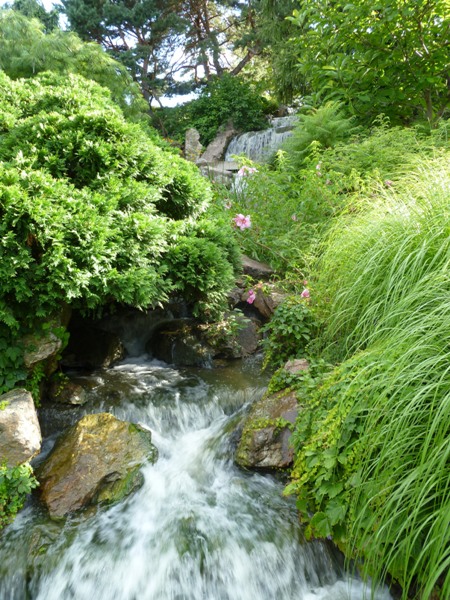 And some lovely sculptured islands for the Japanese portion of the gardens. 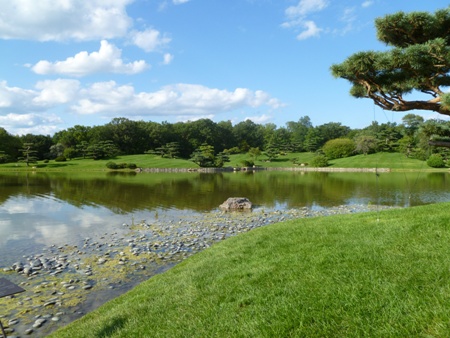 A portion of the Japanese section include some willow trees that hung out over the surrounding water.  K took this really neat picture under one of them.  Check out the full sized version in the Flickr feed. 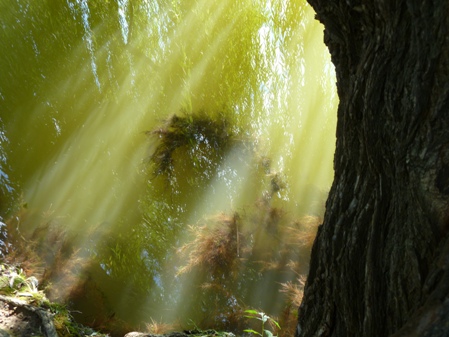 No pictures of the concert, featuring Los Lonely  Boys and Los Lobos.  It was excellent, with the end of each set evolving into a jam session featuring both bands.  Good times.

The next day, we took a tour on the river given by the Chicago Architecture Foundation.  It's a great way to get a feel for the city's history and see some pretty neat buildings.  Like the Tribune Building, built for the newspaper, which tops a high rise with a Gothic temple type device. 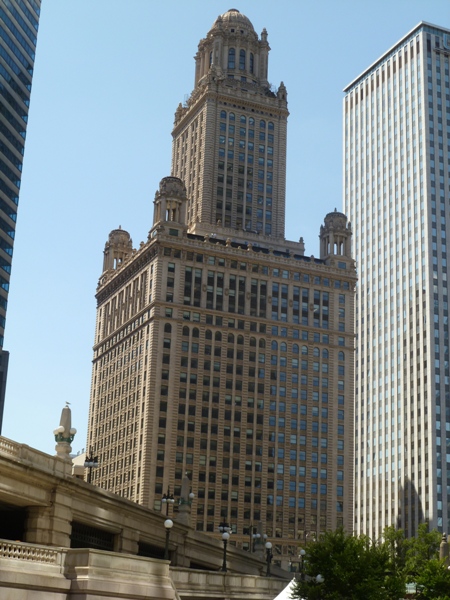 Or this building (it lacks a cool name, just has an address) of with curved green glass that matches the bend in the river.  It also reflects the buildings across the river. 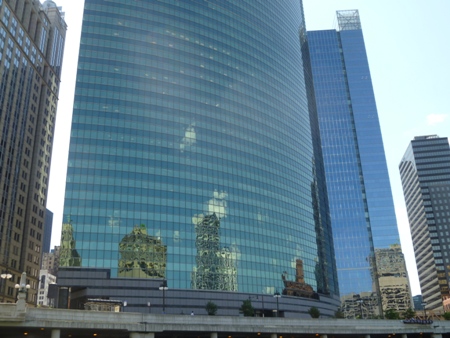 This is part of the Boeing headquarters, which has both a tall tower and this shorter annex.  The superstructure at the top there isn't ornamental - it's actually the support from which the rest of the building hangs.  Traditional underground supports wouldn't work because the train runs underneath. 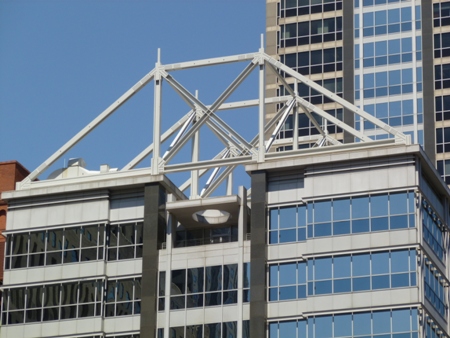 And then we came home.  It was a wonderful little trip with lots of cool things to see.  But with all the pictures, this one is my favorite. 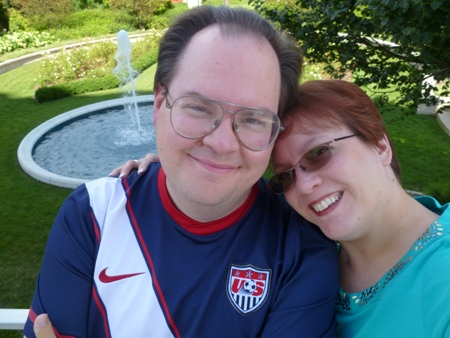